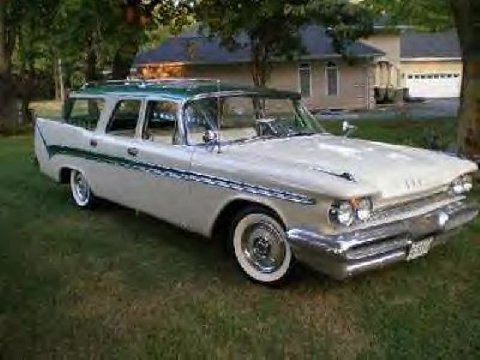 I first came to know the Hayward area in 1959 from the owners of Grove Motors that sold Chrysler, De Soto & Plymouth in Elgin, IL where my dad bought a brand new De Soto Explorer 9 passenger Station Wagon with push button shift automatic transmission that was Ivory & Red similar to the one in the picture below, only put red where the green is. I on the Spider Lake Lodge Bed & Breakfast site that Ted Moody was an auto mechanic from Elgin, IL and now wonder if he worked for Grove Motors.

The dealer’s owners used to vacation and go musky fishing at Moody’s Camp on Murphy Blvd on Spider Lake near Hayward. My dad and I were musky fishermen. We started going to Moody’s camp through 1964. Prior to 1959, from 1946 to 1958 we vacationed and fished in the Lac Du Flambeau area and stayed at Maywood Lodge on Crawling Stone Lake there. Dad got his first Garcia Ambassador 6000 reel with a push button release free spool when we fished on Spider Lake. In fact he luckily ‘fished’ his rod & reel combo out of the lake a few times when he forgot to push the release button and the whole thing complete with a heavy wet black bucktail lure flew out of his hand into the drink. He got used to it and caught several nice muskies there. 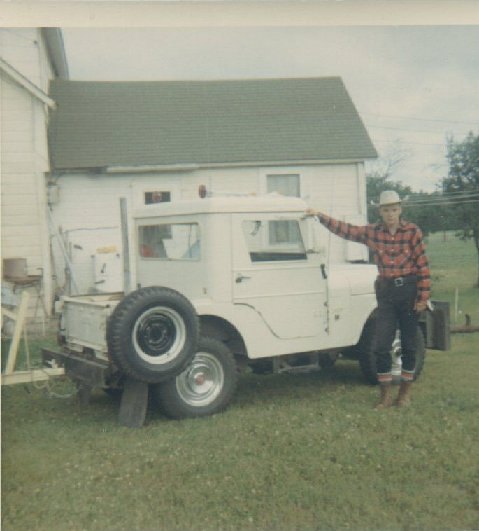 In 1967 I went up to the Springbrook area with my best friend, Corky Kraft to his grandfather’s farm on the east side of Hwy 63 at Cty F, along the Namekagon River

I’m standing next to my Jeep at the farm, which is long gone since the DNR bought the farm after Mr MacDonald died, razed the house & barn and planted the whole 80 acres with Scotch Pines, but the old stone foundation of the barn still exists, according to a local who deer hunts there (2004). I also deer hunted there and near Gull Lake in later years. We fished and caught walleyes on Bass Lake SW of there and Nelson Lake in July of 1967. Corky Kraft and I were staying with his Grandpa for a week and then we decided to go over to Lac Du Flambeau for the next week camping and fishing. It was on the way over that we cut across on Cty B to Hwy 70 east that we stopped at McGuire’s to quench our thirst for a beer and buy some for the road. It was the only time I was ever there, but I took some photos that I still have and always wondered if it still existed. Somehow over time I thought it was located on Hwy 27 or 70. I drove over those routes, but never found it. That was over 40 years since we’d been there. I thought maybe the road had been rerouted or it was razed &/or the trees had grown over it.

Today I was looking at the old photos, cropped out the one with the bridge over the river, magnified it 400% and could see the sign with the brown background at the river’s edge says Chippewa River.

Then I looked at a detailed Wisconsin map and saw that Cty B crossed the ‘Chip’ and remember that we took a short cut on it to intersect with Hwy 70. I had a 1966 Jeep CJ6 with a Buick V6 & 3 speed stick shift, power nothing & 2 50 air conditioning when the 2 windows were open. It was a bouncy-jouncy ride, so we wanted to go the shortest route. In the photo of McGuire’s you can see Corky downing a cold one, probably a ‘Leinie’s’, as it was his favorite, which he introduced me to on that trip. Notice the Fitger’s Beer Sign at the right in the photo. I read about the history of Fitger’s online today. I’m not in the photo, as I took it.

I’m glad to have solved this mystery as to where McGuire’s is or was located. The next time I’m in the Hayward area, I’ll drive out there for a look.

Thanks for letting me share my story and photos with you and your websites. 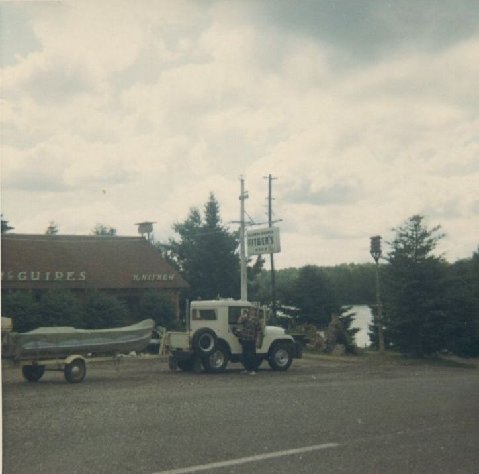 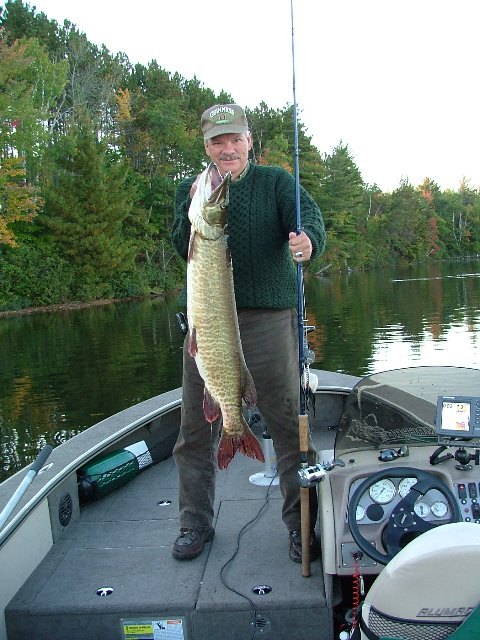