Thirty-one competing teams brought 117 bass weighing 267 pounds to the scales at Hayward Bass Club’s annual Chippewa Flowage Open Tournament on July 28th. The fish averaged 2.28 lbs and all fish were released alive and lively. The day was cold and wet with temperatures starting at 49 degrees and eventually warming to only 59 degrees by the end of the 8-hour competition. “It never really rained, but the persistent mist, overcast, and breezy conditions kept us in our bibs and rain parkas all day” according to tourney competitor Brian Achtor whose seven year old son Maddox rode with him all day and watched his Dad’s team target the ‘hawgs’. “Maddox never complained once and loved being out on the Flowage with us.” Eighteen teams brought in the tournament limit of 5 bass despite the rare 3-day July cold front and rapidly rising barometer. The weather had almost shut down the Smallmouth bite–only 6 of the released fish were Smallies. The teams were made up of anglers from the Hayward Bass Club, the Northwoods Bass Anglers (NBA) in Price County, The Flambeau Bassmasters in Rusk County, and friends and family of local residents. 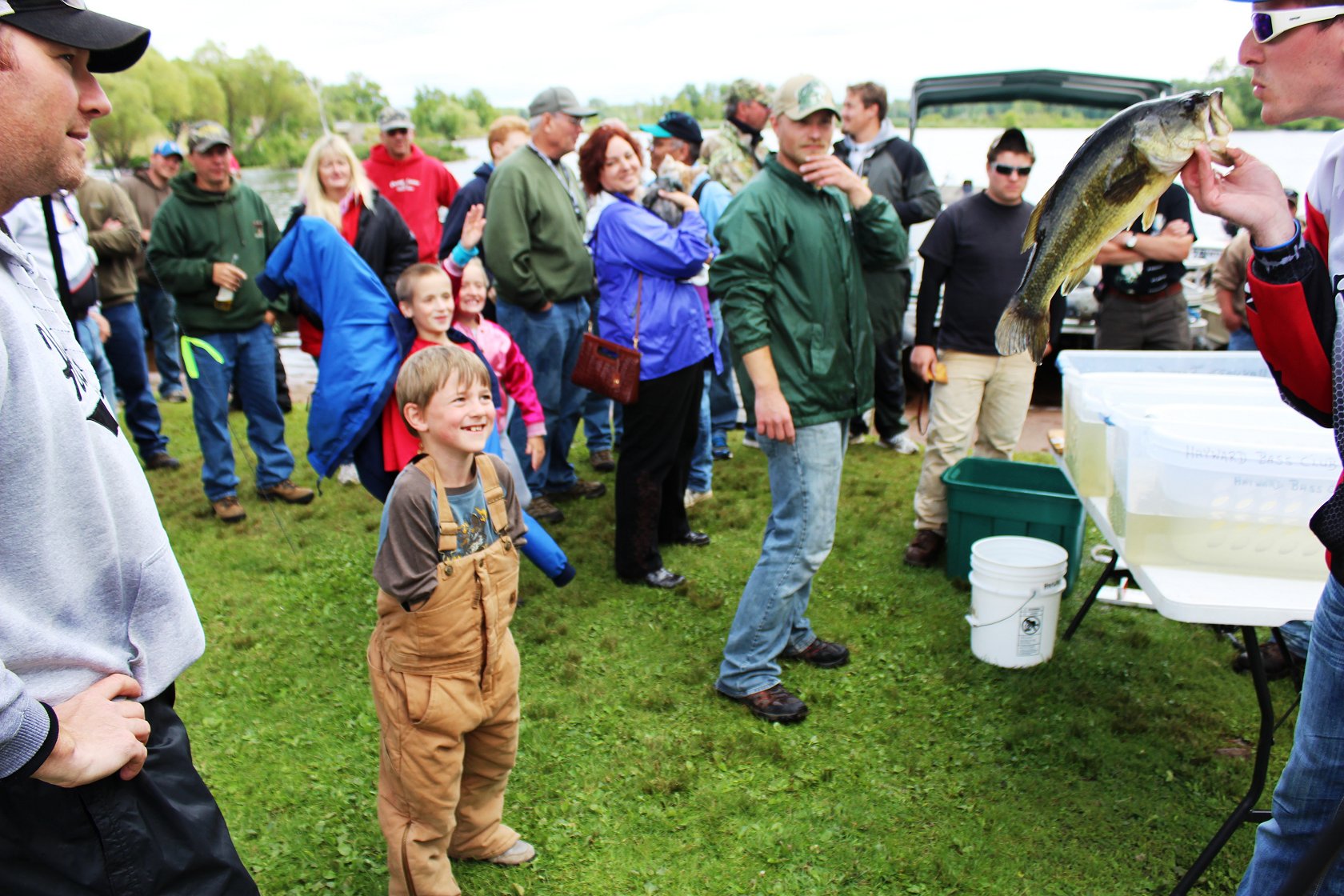 “Many bass tournament regulars used our low-dollar tournament to introduce youngsters and friends to the excitement of competitive angling” said tournament organizer Wayne Balsavich who runs the Hayward Bass Club. “We do this for the fun of getting together in the outdoors rather than high-stakes competition. I can’t think of a better place to do this than the legendary Chippewa Flowage. As a community, bass anglers learned early-on that catch-and-release fishing preserved the fun for everyone. This is especially true in the Northwoods where Largemouth and Smallmouth Bass grow very slowly. When competitive fishing became a sport up north in the late 1960’s, we knew that unless we were careful, especially with the larger fish, that we could wipe out or at least severely damage a fishery. The large bass, when released, not only keep their own numbers in check, but help keep a balance in the smaller sunfish families preventing lakes from getting stunted with tiny fish. Some of the biggest smiles I’ve seen have been on the faces of youngsters or new anglers who catch a nice 15″ or larger bass, kiss it, and then release it like they’ve seen the pros do on Television.” 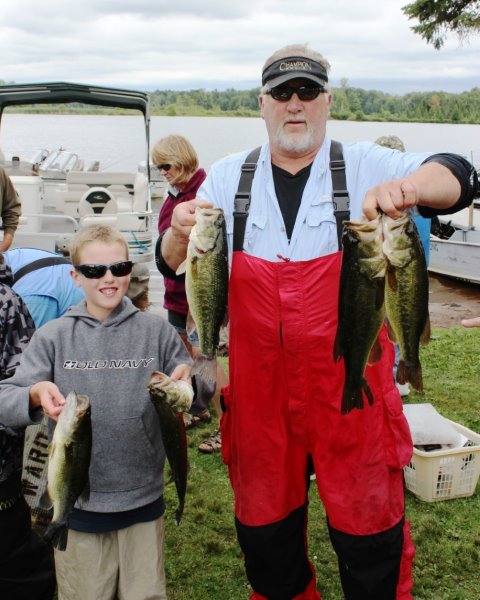 Thanks go out to Denny Reyes and The Landing Resort, Hayward Bait and Bottle Shop, John Myhre’s Wisconsin Northland Outdoors, Steve Suman’s Hayward Lakes Area Outdoor Notebook, Outdoor Creations and the Sawyer County Record for making this event possible. The Club holdback for the day ($155) along with other sponsorship will fund the Hayward Bass Club free Youth Bass Tournament on the Chippewa Flowage at the Landing Resort on August 18th.
PrevPreviousThe Real World Record Musky By Tony Welch
NextKayaking and the EaglesNext