Help us by keeping your Northern Pike <24”!

The LCFRA is actively encouraging anglers to keep any Northern Pike caught that are under 24” in length. You then can register your catch at LCFRA Member establishments, each registration giving you the chance to win THOUSANDS of dollars in cash and prizes!

Why are we doing this?

Not because we don’t like Northern Pike, we do!

The benefit of the selective harvest is that it will improve all fish populations and create a more favorable environment for the fishery as a whole. 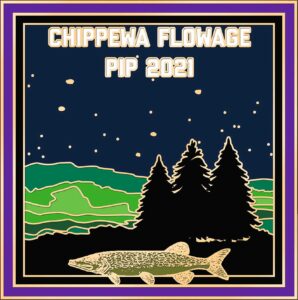 Whatever happened with the Pike Improvement Project of 2019?

Back then a consortium of the Chippewa Flowage Resort Association, Chippewa Flowage Area Property Owners, Wisconsin DNR and other interested parties promoted removing northern pike 24” or smaller to enhance the health of the fishery overall.

The ambitious goal was to remove 10,000 small pike in one year. The anticipated result was that by removing voracious small pike there would be less competition for food for other species. And because they would be stocking extended growth muskies in the fall of 2019 it was hoped to favor their survival rate.

The resorts advertised the event, distributed simple directions for cleaning northern pike and recipes, collected entry tickets for each small northern caught and offered prizes. Lapel pins were also awarded to anyone who took their legal limit of 5 pike in one day.
The property owners offered even more prizes and being residents on the lake they made a significant contribution to the overall catch. The CFAPOA also contributed money for food processing for pike donated for local food shelves.

Muskies Inc. Hayward Chapter supplied Musky/Northern Pike identification posters and information sheets to all local businesses so folks could make sure they were targeting the correct species.