The Story about Bogs 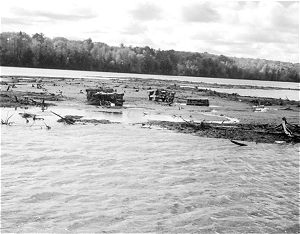 One of the most unique features of the Chippewa Flowage is the floating bogs. The “Island” you see in the bay outside your cabin, may totally move to a new location the next day. Bogs can range in size from the size of a parking space to several acres. The “Forty Acre Bog” on the west side of the flowage sports mature Tamarack trees. A bog can remain in a familiar location for years, but they are also known to move significant distances when conditions are right. A huge bog was located off of Deerfoot Lodge for more than 30 years. Then high water combined with high winds moved the bog, which eventually broke up into smaller pieces that were further scattered. 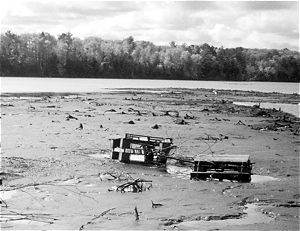 When the Chippewa Flowage was created in 1923, much of the land that was flooded was swamp. Many of these swamp areas, actually peat bogs, floated to the surface. Over time seeds scattered by the winds and birds flying overhead germinated on the bogs. Plants from grasses to trees began to grow. The bog you see today can be quite developed including mature trees. Although the Flowage was created 80 years ago, new bogs can be created anytime. A phenomenon known as Mud Bogs can appear at any time, although they show up most frequently in the fall. They will either rise to the surface temporarily and then slowly sink down to the bottom again, or they may stay permanently on the surface and eventually develop plants and trees.

PrevPreviousWho Has Fun on the Snow?
NextThese are the “Good Old Day’s” on the Chip!Next