Our rod and reel prices are competitive with, and often priced lower than the discounters and catalogues. Give us a call at 715-462-3055 for more information, or stop by and see for yourself.

Jenk’s Bait & Tackle has been serving the Hayward Area for over 66 Years.

Located conveniently between the Chippewa Flowage, Round Lake and Callahan Lake, our knowledge of the surrounding waters have been a help to visitors for many years. 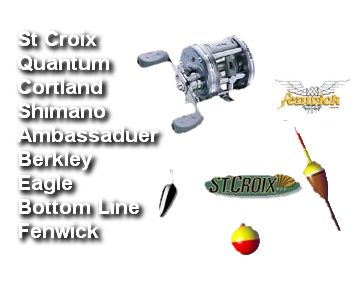 Whether you seek hunting and fishing information, want to hire a guide to fish the Chippewa Flowage or surrounding Hayward Lakes, or if you simply want to chat about the Hayward area, we’re here 7 days a week to help make your stay a pleasant one.

Sign up for our Fishing Reports by email
Go to the bottom of this page and sign up today for weekly (in season) fishing, weather reports and more!

Walleye have been a bit slow this week. A few fishermen are catching a couple keepers but the ones that are biting have typically been smaller than 15 inches from most reports. The actions folks have gotten has been on a combination of artificials, crawlers, and minnows. From most accounts, it seems like the little action that was had this week has been in deeper water on mud flats and cribs.

Musky fishing has been solid. Decent amount of fish caught this past week. It has been on a combination of artificials and suckers. Some may be skeptical of using smaller baits at this point in the year but the pink tinseltail 3/8 oz spinnerbait has been particularly productive on Muskies this week according to several fishermen. As far as sucker supply goes….we have a pretty healthy supply this weekend but calls have already started and people are asking for them pretty quickly so stop on in to get some suckers if you intend to float a few suckers out there.

The pike bite has been ok. It has been primarily on spinners and Northern Suckers. Fishing weeds in the back bays has been the most productive this week.

Crappie have been decent this week on minnows and various panfish plastics. Gulp! 1 inch Minnows and Crappie Scrubs have been the artificials of choice this week. Fishing the deeper cribs and brushpiles have been productive thus far. Do not fish just one crib tho. Take drifts and fish multiple cribs.

Smallmouth continue to be active. Smallmouth fishing has been very good this year. You can find them both in the cribs and in stumpy or rocky areas. Ned Rigs still seem to be the way to go or a Nightcrawler if you want to use live bait.

SUCKER REPORT: As stated above in the Musky Section we have a healthy supply of Musky Suckers of all 3 sizes this weekend. There is a high demand for them so it is possible they may sell quickly. We got 130 Suckers in total this weekend. So stop on in and get your suckers! They are available!!! 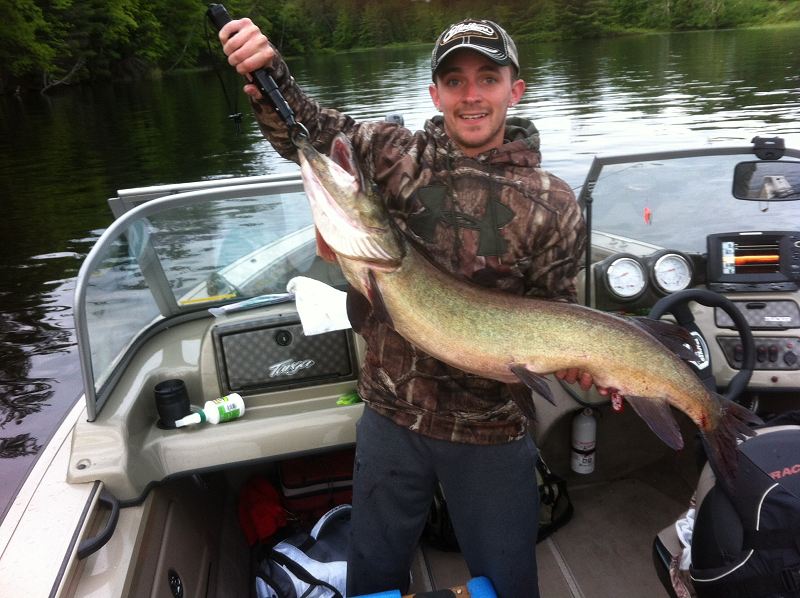 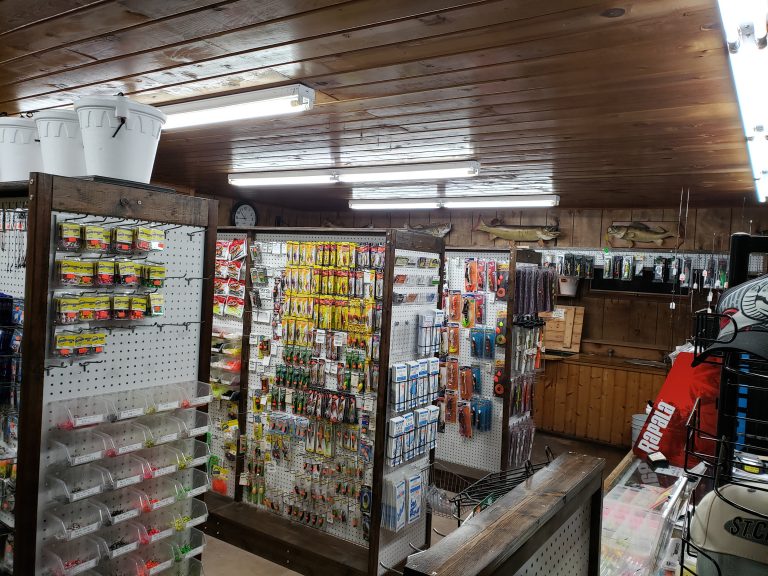